A few weeks ago we got the opportunity to shoot a short promo video for Tracs the bike shop in Delamere Forest. We started the morning with a coffee at the shop and one of Tony’s secret stash biscuits Ryan kindly found for us behind the counter. After discussing with Tony the planned shots for his shop and dragging Ryan away from working in the shop for a morning bike ride (!) we started the journey up the big hill with all our recording gear (camera gear heads may enjoy the list at the end of this post!).

It had been cold for a few days before and everywhere was white and icy but it made the walk easier somehow (over the next few days it was VERY snowy). Ryan got up the hill a little bit faster than we did on foot, we’d left out sooner than him though to get set up for the first few shots (next time we’ll have to rent a trailer from Tracs and have Anders tow me with the gear!). Both cameras were set with near identical settings and stayed pretty much the same throughout the day only really changing when recording a scene that we may have wanted to slow it down later when editing. Setup was kept as light as possible with lens changes kept to a minimum due to the heavy-ish fog.

All set up and Ryan ready we were shooting with two cameras at the same time to get different angles and moving from the top of the hill down to the forest on the other side. Moving from the top of the hill down to the woods the fog wasn’t as thick and everywhere was much more colourful. Thankfully the snow and ice hadn’t settled in the forest and Ryan got chance to still ride fast through it. Ryan’s enthusiasm to ride and knowing the trail made most of the shooting much easier than we could have hoped for. The final part of the video originally was going to have Ryan cleaning his bike back at Tracs but the weather had meant the mud wasn’t really being thrown about like it usually can, the pressure washers back at the shop are VERY handy to use when it’s muddy!

The shoot took about 3 hours from start to finish, most of that was travelling about the forest and doing more than one take for each scene. To keep the video fast and energetic the video clips are cropped quite aggressively meaning that about 60-90% of the video recorded on the day will never be used (also using two cameras for different angles means we have twice the footage!). We got the video edited to about 90% finished state later in the afternoon on the same day then tweaked it and got it finished the following day after finding an awesome track kindly provided by Ben Whitfield soundcloud.com/benwhitfield.

You can watch the video here:

For camera gear nerds here’s some of the stuff we used:

And TONS of equipment we took with us that we didn’t need in the end but we wanted just in-case!

Camera settings were (if I remember correctly without checking):

Picture style was set to Faithful

White balance was set to cloudy (no foggy option!)

The video currently has about 840 views on Youtube at the moment. If you want to check out Tracs’ website it’s here: delamerebikes.co.uk and their facebook page is here: facebook.com/tracsdelamere

P.S also it’s not a good idea getting complacent in the middle of the woods thinknig it’s ok to look a wally with your gloves tucked into a hoody, somebody (Anders) might take the opportunity to use their mobile to take a photo of you (in all honesty I thought it was a genius idea – keeping my face covered from the cold and also warming my gloves ever so slightly) 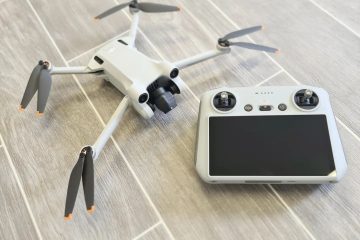 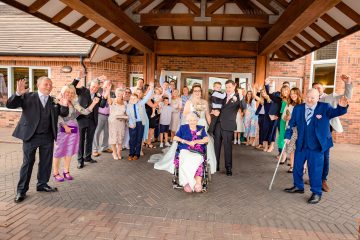